Home About The Film

tells of the dramatic struggles around the use and acquisition of coal.

In the time since this film was made in 2008, many changes have occurred,
and we are confident that this film at least played a part in the slow demise
of this horrific practice, and brought public awareness to the issues.
Unfortunately, Appalachia still suffers from health effects, environmental
damage, and social and economic issues surrounding the failing mining
industry. Coal companies are going bankrupt, and reneging on penisons,
health care, and the safety of miners.

In 2015 coal was surpassed by natural gas: 30% coal to 31% gas.
Between 2008 and 2015, MTR’s share of coal production has decreased
by 61% and new MTR permits have been stopped. In general, the whole
coal mining industry is collapsing.

In Appalachia, miners and residents are still locked in conflict: is mining
and processing coal essential to providing good jobs, or is it destroying the land,
water and air? What does this mean for the rest of America and the world? 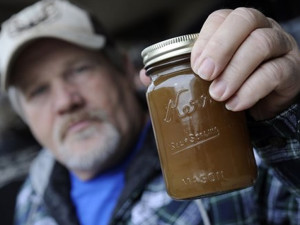 Passions are running high in the mountains of Appalachia. Families and communities are deeply
split over what is being done to their land. At issue is the latest form of strip mining called
‘mountaintop removal’, or MTR. Coal companies blast the tops off mountains, and run the
debris into valleys and streams. Then they mine the exposed seams of coal and transport
it to processing plants. Coal is mined more cheaply than ever, and America needs coal.

But the air and water are filled with chemicals,
and an ancient mountain range is disappearing forever. 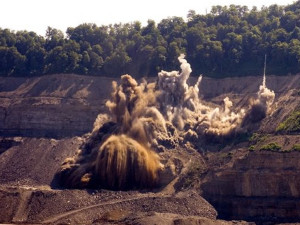 AN URGENT DISCUSSION:
FUEL FOR THE FUTURE

Some experts believe that nuclear, hydropower, geothermal, wind, solar, and biomass
energy sources will be important, but won’t be able to meet the world’s energy
demands in the foreseeable future.

Some say coal reserves will last nearly 200 years, and that it should be the focus of a
domestic energy policy. They claim that new technology can reduce carbon emissions
and provide ‘clean coal’. Even President Obama has talked about investing in clean coal
technology. Opponents insist there is no such thing.

We will examine the proposed methods for cleaning up the use of coal: carbon
sequestration, which allows carbon content to be captured and pumped into underground
storage sites, and better filtering at coal processing plants.
In this time of debate about America’s reliance on foreign oil and fear of increasing energy
costs, coal can look attractive. The public must be made aware of the controversy around coal;
they must be given the information behind it and the opportunity to participate in the
debate over America’s energy future.

THE TRUE COST OF COAL 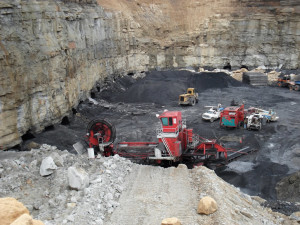 Coal company manager Randall Maggard stressed to us that their new Highwall Miner
as a newer more efficient method of extracting coal that is both safer and doesn’t require
the removal of the mountaintop. This site has been backfilled and was seeded in March and
is now a level area where Freelin Browning (the property owner) wants to plant an
apple orchard on this fall.The movie was made to offer views from both sides of the issue
to foster better ways to compromise, and take a look at coal mining with compassion,
and respect.

Coal is very far from the minds of most Americans, and this film may make you consider,
for a moment, where the energy comes from to run the machinery of our daily lives.

We hear so much about the need for oil; politicians debate over wind farms and solar
power. But few of us even realize that coal remains an important energy source, and that
the methods of mining and processing coal are significant causes of global warming. We
need to understand the meaning behind promises of “cheap energy” and “clean coal”.
Are they achievable? And at what cost?

We tell the compelling story of modern coal mining through the daily activities of working
miners as well as those who are battling the coal companies in Appalachia. Their personal
stories are the touchstone for our exploration of the true cost of coal and the search for
alternatives sources of energy. Are the people fighting MTR really protecting the earth,
or do they stand in the way of affordable energy for all Americans? 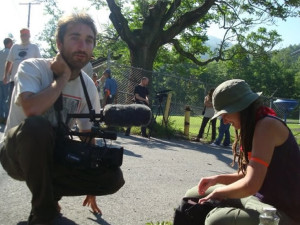 JORDAN FREEMAN is an independent videographer based in Rock Creek, WV. He was a primary
videographer for the film Coal Country. He has also worked with Coal River Mountain Watch,
Climate Ground Zero, and the Ohio Valley environmental coalition documenting events for web
release. Originally coming to the Coal River from Santa Cruz, CA in 2005, Freeman has spent
the last three years documenting the unfolding controversies surrounding
coal mining throughout Appalachia.